The fact that curly girls relate to one and other is pretty much undeniable. You know what I’m talking about.

If you’re walking down the street and see another girl with curly hair, instantly you’re like, “Hey girl, I see you.”

There’s a 90% chance you’ll end up talking, probably about your favorite products and where you get your hair cut.

So, it should come as absolutely no surprise, that there are comic artists who focus on curls.

They’re all amazing in their own right, and some of them are SO good that we just had to share.

Trust us, you’re going to want to follow them all.

First up, Angela Vaz of @straycurls.

Based in India, Angela’s signature comic character features a gal with a head of cotton candy pink curls.

Personal favorites? Her ‘Curly Hair Problems’ and ‘If Disney Princesses Had Curls’ series.

Then there’s @tallncurly1, penned by Cheyan Lefebvre, a woman who is, you guessed it, tall and curly. She pretty much nails the #CurlyHairStruggle. It’s so real y’all. 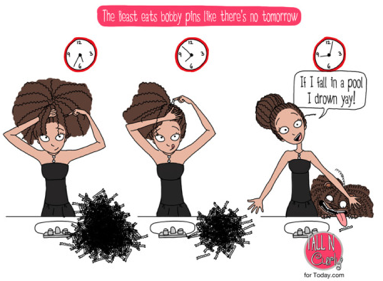 Then there are artists like Cassandra Calin. Her comics are hysterical, but the detail when she draws curls is just AMAZING. 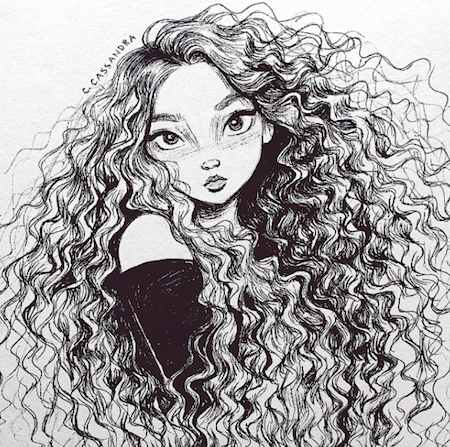 Also, a lot of her comics feature this little cowlick, and who doesn’t have that one curl that is ALWAYS STANDING OUT.

Then there’s Pocket Princesses, which is sketched by Amy Mebberson. Technically, not a curly comic, but it is a comic that often features the hair of, you guessed it, Disney Princesses.

Merida, for obvious reasons, is the source of most jokes.

But wavy Rapunzel falls victim too.

Last but certainly not least is @little_comics_of_life.

The simple comic pokes fun at day to day challenges, which includes the author’s curly hair. 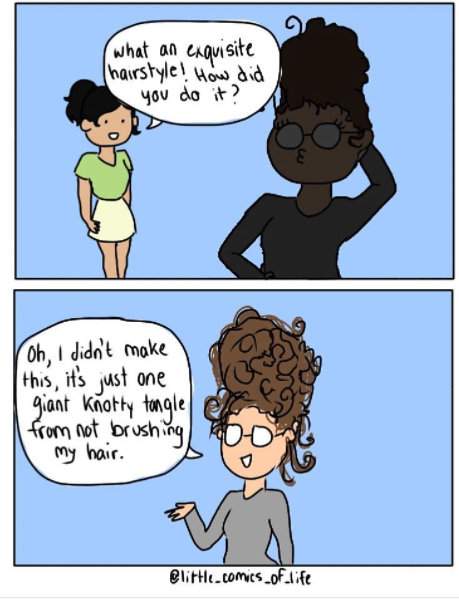 ^ My look throughout childhood.

How she even manages to use a brush without breaking it is pretty impressive in my opinion. 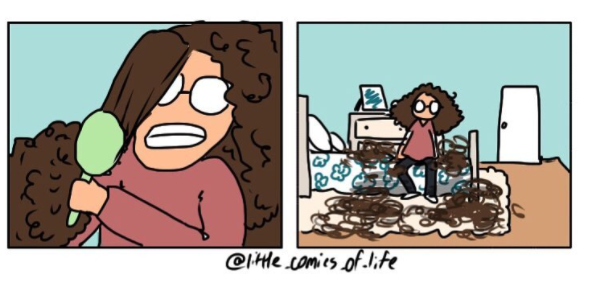 Which of these is your fave? Do you have a curly comic you follow? Share with us in the comments below!